Once I was someone else. I was someone who thought he would be a good “expert evaluator” for Creative Europe (or MEDIA as it was called). And if nothing else, I thought I would learn something for our own future applications ... and even earn a buck while doing that. So, I applied on the call and signed up to be part of the “expert evaluator” team in the field of international applications for European support for documentaries, both single projects and slate funding.

I filled out the forms with my education, film production experience and knowledge of the international documentary field – and forgot all about it. A few years later, I was suddenly approached by mail and first it looked like a scam or a phony mail. But no, they really wanted me to assess incoming applications and had accepted me as an “expert”.

They probably also should introduce a psychological test before they enroll people because as it turned out … no, I’m getting ahead of myself. Anyway, the first time I was asked to assess a bunch of applications from all over Europe I had to follow the rules and decline because I had turned in an application myself. The year after, however, I got six different production companies’ applications for slate funding. Reading about the projects themselves was interesting enough – but getting to the strategic plans and distribution and marketing feasibility, I got more and more weary from reading how the producers would do this and that, approach him and her at this and that festival and how different sales agents and commissioning editors had already expressed their interest.

Well, I thought, I have written something like this myself in our own applications but the experience of reading so much of it in various (and limited) variations was just a bit tiresome. Of course, I knew why they did it: The need the goddamn money to make their films and keep their companies alive. So, I kept reading of course.

I can’t really disclose how the exact evaluation procedure is (I think I signed something electronically to that effect at some point) but let me tell you: the reading was the easy part because the way I should evaluate and assess the application by pointing out strengths and weaknesses and allot points and percentages to each field really had the sweat dripping from my forehead. My opinions and reports were also evaluated by an entity somewhere in Strasbourg or wherever and it was weighed against another expert’s evaluation and later a final decision was made and send to the applicants. (Of course, we experts are completely anonymous and must come forward to our “employers” if we encountered any conflicts of interests.)

At the next call the year after, I again had to decline because of an application of my own, but in 2017 I found myself sitting with a bunch of applications from anywhere from Greece to Ireland. Again, I found it hilarious to read about the projects themselves - the problem arose when I had to evaluate the more practical “producer” issues.

Suddenly, I began to feel something which I could recognize from the previous year: a feeling I can only describe as a form of claustrophobia. I suddenly couldn’t be in that “room” and felt cramped and constrained in my way of thinking. I admit that I over the last years have seen myself more and more as an artist and less and less of a film producer and the whole set of regulations provided by the institution of Creative Europe made me literally feel physically bad. I simply couldn’t wrap my head around that part and I got sort of scared. My heart was pounding and my stomach was upset and I just couldn’t understand it. In fact, a regular phobic feeling.

I said to myself: “Mikkel, of course you can do this; you are a scholar after all and you’ve run a production company for more than twenty years. Pull yourself together … and besides: you need the money”.

But in the end, I simply had to throw in the towel and tell the office in Strasbourg or wherever that:
“I can surely assess a film project’s artistic value but I kept staring at all the criteria regarding strategy, distribution and marketing and I felt that I just didn’t know what to do with them. Many of the terms have become totally alien to me.”
I also wrote other things and how sorry I was and so on and they did seem a bit annoyed but were otherwise cool about it. Of course, I felt terribly bad for not being able to fulfill such a relatively simple task but I have seldom been more comforted in my professional life than when they relieved me of my duties.

If nothing else, this whole endeavor showed me who I once was – and who I am now.
But I still have to write applications! 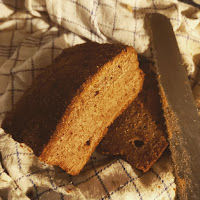