'Story With a Capital S' (a blues in F minor)

- august 28, 2013
At the annual seminar for the Danish documentary community at European Film College in Ebeltoft this weekend, there were – as usual – a lot of good films, guests and discussions. The seminar was closed with an “oral essay” by renowned editor  Niels Pagh Andersen  (" Betrayal " (1994),  " The Act of Killing ” (2012) and many, many other great films): “Have We Become Too Good at Telling Stories?” He was addressing the notion that maybe the urge to tell a story is overshadowing other aspects of documentary film making. This "song" was inspired by the seminar and I cannot really explain why I had to do it as lyrics to a song. But maybe it’s a blues…(så passer versefødderne også lidt bedre)... and surely I should have been working instead. Story With a Capital S (Semi-fast blues in F minor) A drama is quite entertaining Documentaries much lesser so So we brought on the techniques of Story But is Story reality’s foe? We dramatize life in our movies
Send en kommentar
Læs mere

Things I promise not to put in a documentary 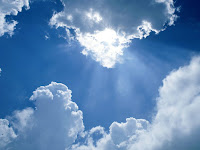 Drifting clouds – either as a metaphor or anything else (maybe unless it’s actually a film about clouds). Footage out the window of a moving vehicle (there must be other ways of illustrating movement). A voice-over saying things we just learned or will learn in a second. Waves (same as with clouds). Someone looking out of a window in a concrete apartment building on other concrete apartment buildings. Music that sounds like a John Williams-score. Music by anyone with a hipster beard if they need to be in the frame. Time-lapse footage of anything. A dog looking cute and forlorn. Things I will really try to get into a documentary : Someone making a fool of himself (myself included). Naked people (nothing to do with the above - or maybe everything to do with the above). Pigs - preferably with wings. Illegal surveillance footage of the hoodlums outside my windows. My one remaining testicle. Sense (if applicable) Poetry (
Send en kommentar
Læs mere
Flere indlæg