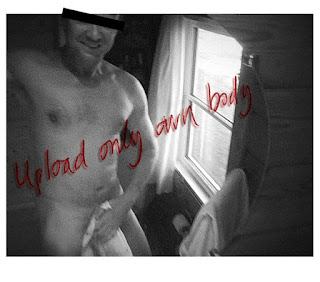 “How relevant is documentary cinema when we’ve all become nonfiction performance artists?” That is the key note for this year’s seminar at The European Film College for the Danish documentary “business” in August. Alas, I might not be able to attend (for the first time in more than 16 years) but the question is never the less relevant. Personally, I work more and more with blurred lines (probably due to my somewhat blurred vision of life), and I have found in myself a sort of fatigue when it comes to well-meaning and therefore often didactic documentaries. Even in films by directors who would rather have a root canal fixed than being accused of being didactic. It may have something to do with changes and challenges in our society and the way we conduct ourselves in especially online debates: We seem to simply be afraid of being in doubt. We NEED to have a fixed opinion and the result is, that before you know it you will be called anything from a nazi to a naïve or even fif
Send en kommentar
Læs mere

Have you ever had a problem? 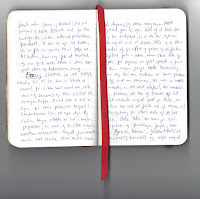 The problem with being a writer is that you have to write. As it has turned out, that is also one of the key problems with being a filmmaker. We just haven’t found a way of getting completely past that point of writing page after page about a possible film production in order to achieve some sort of funding or distribution. In order to explain commissioning editors and others what the hell we are trying to do. And we all more or less accept that that is how it’s supposed to be, even though only a minority of us really believes that a written text can say anything profoundly intelligent about a film or a television show which in itself will be progressing through pictures, a sense of time and space and sounds (which of course, granted, also can be actual words). Personally, when I started writing for its own sake more frequently a few years back, it was almost a revelation. After having written dozens of synopsises, outlines, treatments and scripts, I found it so rewardi
Send en kommentar
Læs mere

- februar 09, 2016
I have been silent here for a while. And I haven’t even been reviewing any docs on www.filmkommentaren.dk for quite some time. Why? Have I been on holiday? Been busy, stressed out and depressed? Been too happy and carefree to think about documentaries? "Yes" to all of the above – although not at the same time, obviously. Right now I’m mainly a bit tired and disillusioned with being a documentary filmmaker with an outspoken desire to work with both satirical and artistic means. With the current state of affairs and developments in society and everybody feeling they're right and thus despising each other in the public debate (and telling them so), it seems that even the noble art of satire a little too often  degenerates into self-righteous slander and even propaganda. It IS definitely serious times. So good luck, Mikkel, trying to make DOComedys. Good luck, trying to finance films on grave topics with a twist and a twirl, with ambiguity and a lack of des
Send en kommentar
Læs mere
Flere indlæg