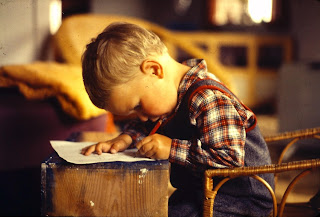 or “Being inside when you really want to be outside” or “Me, a failure”. Once I was someone else. I was someone who thought he would be a good “expert evaluator” for Creative Europe (or MEDIA as it was called). And if nothing else, I thought I would learn something for our own future applications ... and even earn a buck while doing that. So, I applied on the call and signed up to be part of the “expert evaluator” team in the field of international applications for European support for documentaries, both single projects and slate funding. Me then (Photo: J.E.Stolt, ca. 1968) I filled out the forms with my education, film production experience and knowledge of the international documentary field – and forgot all about it. A few years later, I was suddenly approached by mail and first it looked like a scam or a phony mail. But no, they really wanted me to assess incoming applications and had accepted me as an “expert”. They probably also should introduce a psychological
Send en kommentar
Læs mere
Flere indlæg