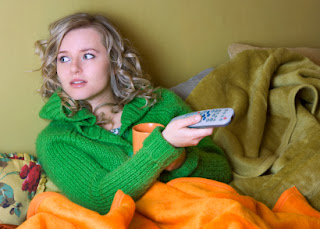 - november 12, 2012
In all fairness (considering my previous blog) I should express here that the closing ceremony of CPH:DOX 2012 at Bremen Theater was well executed and rounded off my quite busy and interesting ten days of films, seminars and meetings. And partying. Thank you all - for making this possible. At the awards itself, we as an audience was courteously told several times what to do and where to go at what time; director Tine Fischer’s speech was brief(er) and to the point; the hosts Brügger and Bertelsen were funny and engaging; the awards didn’t take too long; the film well chosen as a closer; the wine was better; the girls were prettier… But of course I wouldn’t be me if I couldn’t list some more undesirable features: The invitation/ticket system was unclear to most delegates; the screen itself was damaged and tarnished the film; the audience was impatient/thirsty/peeing in their pants and kept running in and out; the noise from the bar during the screening was quite annoying… and I cou
Send en kommentar
Læs mere

The 10th edition of CPH:DOX is about to start – so happy birthday to them, the staff and ourselves on this versatile and exciting event. For the second year in a row, the opening was held at Koncerthuset, the fantastic concert hall of the national Danish broadcasting corporation, DR. I had received an invitation – and thank you for that – and was looking forward to the screening of Joshua Oppenheimer, Christine Cynn & Anonymous’s film “The Act of Killing”, produced by my friends at Final Cut for Real. But, but, but… I need to get this out: First of all: When the ticket says “7 PM, doors open at 6.30 PM”, it’s not okay to let people guess when the event really starts, which proved to be at 7.45. From the lobby you have no chance to see what’s going on inside the hall itself (the place is a complex system of stairs, elevators, aisles and escalators) and no bells indicated when you should actually go to your seat. Some people were trapped in their seats for 40 minutes before an
Send en kommentar
Læs mere

I have been trying different inadequate and sort of inane ways of saying that a really good documentary film (or at least my own films) should take advantage of both reality and fantasy and mix them in a cinematic way which will enhance the spectators understanding and appreciation of the depiction and interpretation of reality. But as the first paragraph here shows, the wording gets a little… erhm… wordy and egg headed, so I was really happy to stumble over this quote from an interview with none other than one of my favorites, Tom Waits, who manages to add the pictures (which really should be my job, damn-it):     “Mostly I straddle reality and the imagination. My reality needs imagination like a bulb needs a socket. My imagination needs reality like a blind man needs a cane.” So regarding documentary films, always listen to what Tom says. (Afterall, he also gives these valid advices: "Never trust a man in a blue trench
Send en kommentar
Læs mere

Recently, I got this info on Facebook and by chance I was wearing their T-shirt on the very same day. Coincidence? Anyway, here is what the good people at Guth Gafa International Documentary Film Festival wrote: "A bit of sad news for all our friends and supporters, but hopefully with a positive ending. We have decided not to run our 7th Guth Gafa Festival this year because of funding difficulties. But we are going to be back - in April 2013 - in Derry and Inishowen. The full story is here on our website www.guthgafa.com " I also wrote about my visit to the festival in 2011 on www.filmkommentaren.dk , and I wish them the best.
Send en kommentar
Læs mere