- maj 24, 2017
A couple of times in the past weeks after showing a new film to prefessionals, I heard this phrase: that the spectators of a film should be given "the right glasses" to watch the film through.

It was said with the best intentions, like: "Don't you want an audience for your film? The right glasses will help with that". What was meant was, that you cannot expect (too many) viewers to watch a film, if the film itself within two minutes doesn't set a clear direction: "What are we going to see, and why am I watching this?".

Personally, I hate being told this while I'm trying to take in a new film and the director of the film in question feels the same way. Not that I might not need some information, like a sign with the text "Mesopotamia, the year 2500 B.C." even though it usually is explained via dialogue or other means within the course of the narrative.

But since it apparently is the filmmakers' responsibility to provide those glasses (not the viewer or the TV station or anybody else (3D-glasses is an exception)), I've done some research and this model seems to be the best one suited for documentary film viewing: 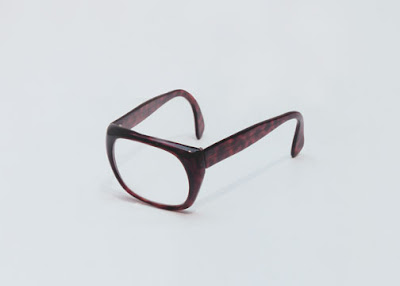 For orders: Write to unibrow@fenrisfilm.dk and don't forget to mark if you're shortsighted.